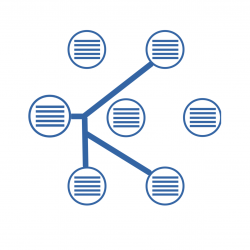 Standalone applications are a thing of the past. We live in an interconnected world with over 7 billion people. All these people and all their devices need to talk.

Multicast is, by definition, the most efficient way for multiple nodes to communicate. Yet, here we still are, using unicast technologies to provide multicast communications. Why?

IPv6 gives us an opportunity to move to a truly decentralised Internet by using IPv6 Multicast. IPv6 multicast is much improved over IPv4 and, crucially, is baked in to IPv6. IPv6 doesn't work without it.

There are, however, several barriers to IPv6 multicast adoption on the public Internet.

Native IPv6 multicast is not supported on the wider Internet. It is off by default. While simple to turn on and widely supported by hardware devices, there needs to be motivation for networks to support multicast natively. There needs to be demand for it.

The solution is to create a transitional technology to allow multicast applications to be written now. This will create the demand that will ultimately lead to widespread multicast support and to it becoming on by default.

Librecast is a project created to build this transitional technology.

Librecast will allow disconnected multicast networks to communicate, enabling multicast applications to have the same reach and reliability as their unicast counterparts, thus making multicast communication a viable option for software developers.

Take a look at the code and documentation on Github.

This project was funded through the NGI0 Discovery Fund, a fund established by NLnet with financial support from the European Commission's Next Generation Internet programme, under the aegis of DG Communications Networks, Content and Technology under grant agreement No 825322. *Applications are still open, you can apply today*